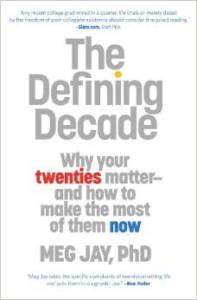 Dr. Meg Jay discusses these dynamics and what they mean in her book The Defining Decade: Why Your Twenties Matter—And How to Make the Most of Them Now.  She writes that the more similar people are, the more they are able to understand each other. However, while similarity often brings people together, it does not ensure they will be happy. Dr. Jay stresses that the neuroticism trait (the tendency to be anxious, stressed, or moody) is far more predictive of relationship unhappiness and dissolution than personality dissimilarity.

I attended a session entitled “Genes, Personality, and Life Satisfaction” at the Budapest conference for the International Twin Society for Twin Studies and the World Congress of Twin Pregnancies that presented a similar argument. A Norwegian researcher reported his findings about defining and statistically measuring happiness. His research showed that the most important variables predicting life satisfaction are the measures of neuroticism (anxiety/depression) and where an individual falls on the introversion-extraversion axis, specifically in terms of energy and positive interaction with others.

The findings revealed that environment plays a key role in regulating one’s measurement of happiness and well-being. Since the researcher’s statistical data showed only a 35 percent heritability rate, he is continuing to study what measures will help predict well-being. Epidemiologists are working tirelessly on the genome/molecular evidence for well-being in hopes of using their findings to help treat a wide variety of mental illnesses in our society.

Have you considered the significance of the big five personality traits in your life? How do the ways you interact with the world affect your happiness and well-being?