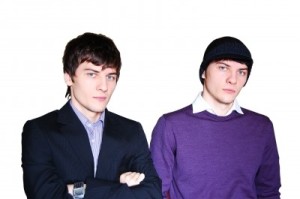 Twins who have attended the same college often decide to explore life on their own when it’s time to find that first job. A young man in his early twenties who was searching the Internet for help with this adult twin challenge recently contacted me. Similar to many twin pairs who are just beginning to reflect about the consequences of being without one’s twin, he shared how anxious and depressed he was being on his own for the first time.

He felt as if he had no self, no self-confidence, and no identity. He described himself as the “cared for twin.” He had given over most of his power to his twin brother, who capably managed aspects of their domestic life, social life, and professional life. In fact, his brother had decided upon and chosen his current job.

His brother influenced him in all sorts of way, telling him how to dress and behave as well as what to study in college. He gave up his dream of pursuing engineering and majored in political science to follow in his brother’s footsteps. He was shocked to acknowledge the extent to which he had relied on his twin. He had not realized how passive and inert he had become. He felt like less than half a person.

Without his brother’s control and direction, he felt aimless, lost, invisible, and inadequate. He feels as if everyone is disappointed in him because he is not more like his brother. He described his twin as extroverted, animated, opinionated, and powerful—everything he feels he is not.

In the course of our conversation, it became clear that we needed to work through a series of issues. He needs to modify his perfectionistic tendencies, stop comparing himself to his brother, and begin to define himself with a clean slate. He mentioned that he had planned to attend a separate college because of his wish to study engineering. However, at the eleventh hour, his brother decided to attend the same university. Perhaps his brother was not ready or willing to opt out of the dyadic connection because of his ongoing need to be the caretaker in charge.

The good news is that these difficulties can be successfully worked through. The sooner one gets help, the easier it will be. More than likely, one twin will feel the desire for change; in doing so, he or she will alter the dyadic relationship so that positive change and growth can happen for both of them.