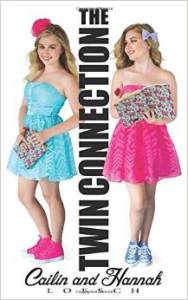 I mentioned Meg Jay’s book in my last post and want to focus on it again here. In her book The Defining Decade: Why Your Twenties Matter—And How to Make the Most of Them Now she touches upon many issues that have relevance to twins’ emotional development. Since our most self-defining memories begin in adolescence, Dr. Jay contends that this developmental stage represents our first attempt to formulate life stories. She asked many of her patients to recall memories or stories from that time in their lives, and she concluded that these stories become facets of our identity and a window into our unique complexity. Dr. Jay maintains that those stories that remain untold, often because of shame, are the bits of identity with the greatest potential for change.

This notion prompted me to think about a blurb I wrote for a book called the The Twin Connection, written by 17-year-old identical twin girls Cailin and Hannah Loesch. The early chapters of the book recall the humorous incidents and attention-getting behaviors described by most identical twins: playing tricks on friends, teachers, and strangers; feigning telepathic powers; being accused of cheating on a test because both had the same wrong answers. The girls also write about how they entertained each other with creative and imaginary play, especially since they felt left out and marginalized by their peers in middle school. As they approach early adolescence, they discover that being on stage is a natural evolution of their theatrical gifts and talents. Both overcome anxiety and trepidation by believing in each other and supporting their mutual efforts.

The last chapter—and the one I found most interesting—is an account written separately by each of them about what it was like when Cailin got a much bigger role in a film than Hannah. Both experience the angst inherent in this discrepant state of affairs. Simultaneously Hannah feels angry and jealous, as well as ashamed of having these feelings at all. It is the first time that such an apparent difference emerges, and she feels an onslaught of conflicting feelings that she has not confronted previously. On the other hand, Cailin is shocked by Hannah’s reaction to her success and has tremendous difficulty understanding why her sister is not happy for her. Cailin is also terrified by the notion that she will be acting alone for the first time and wonders how she will manage without Hannah’s support. However, she reasons through the situation quite perceptively:

To spend our entire existence glued to each other’s side and refusing to experience anything apart would be a complete disaster. It would be like sitting eternally on one side of a magnetic force and being so bound by fear that we’d be unable to reach our fingers out and feel the vibrations of the other side, the independent life.

The girls’ ability to feel these feelings and find ways to communicate about them to one other is the essence of maintaining a close twinship that will not be fraught with inexplicable or intolerable jealousy and resentment. And this defining story from adolescence helped determine the direction and nature of their relationship.

Do you have stories from your adolescence that have shaped your identity and relationships? Please share your stories.