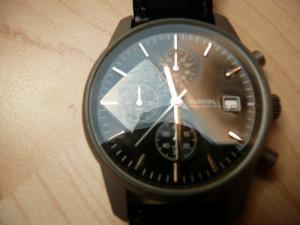 Speaking to a lovely group of twin moms a few months ago, I was struck by a dilemma plaguing one of the mothers. She related that, contrary to her own personal beliefs, her husband is passionately opposed to the idea that it is healthier for twins to be differentiated. He believes their six-year-old fraternal sons should wear the exact same clothes, and he does not see the value of spending alone time with each boy. He feels that the twin connection is sacred and should not be violated under any circumstances.

I responded that this vehement opposition to individual differences and needs must be firmly related to his upbringing. She corroborated this hunch, describing constant moves, three abusive older siblings, and parents who were not emotionally attuned to his needs during his own childhood, which have all contributed to her husband’s feeling that an emphasis upon individuation might shatter twin togetherness and permanence.

While she understands her husband’s disapproval of her wishes to give her boys more autonomy, she has lived through certain circumstances in her own family that propel her in the opposite direction. She has identical twin sisters that are eleven years younger than she, and she felt as if she were a second mom to them in many ways when they were growing up. She witnessed how much her sisters suffered because of their mother’s insistence that the girls dress identically all through their high school years.

She described how her sisters clandestinely changed their clothes in the car on the way to school so that they did not arrive at school dressed alike. They hid this from their mother, who insisted upon their being treated as a unit. Finally, in a desperate attempt to break away from this strangulating situation, one twin eloped. Her twin sister was understandably bereft and angry for quite a long time, struggling to handle the abandonment and loss.

The importance of understanding how one’s past influences one’s present life circumstance is an issue that has been discussed extensively in studies by attachment theorists. As this family’s experience shows, the twin connection adds another layer of complexity.