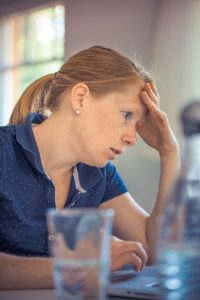 A twin mom with four-year-old fraternal daughters called me for help with a behavioral issue. She discussed her frustration about her daughters’ inability to be patient and considerate while she attends to one of them. For example, she described a situation in which one of her daughters demanded her immediate attention. She had fallen off her chair unexpectedly and was startled. At the moment Mom rushed to comfort her, the other daughter started to scream that she had a “drastic” paper cut and needed help right away.

Mom is aware of the girls’ different strengths and temperaments and usually enjoys and relishes in their individuality. She related that in public, her daughters are well behaved and easygoing. I reminded Mom that children have to have a place to let off some steam, and clearly home is the safest and healthiest place to do just that.

She also described her annoyance with her daughters’ game of falling on the floor and playing dead rather than picking up their toys. It seemed that Mom was taking it personally that the girls were behaving in this aggravating manner. She intimated that the girls should be over this simultaneous demand for attention.

Believe me, trying to manage twins is more difficult than one can imagine. Young children do not have highly developed cognitive capacities to tolerate frustration and delay gratification. One can easily lose sight of this fact in the throes of living with two same-age siblings, who can effortlessly throw parents off guard and off schedule. We have to manage our grown-up feelings of impatience and annoyance when our children are behaving just like children.

I recommended that Mom try to spend some alone time with each daughter. She had mentioned in the beginning of our conversation that she loved being with each of them separately. She also realized that she was focusing too much on negative attention-getting behaviors. To try shaking things up a bit, we came up with the idea of making a chart to help focus on positive behaviors. Mom liked this idea and had implemented this reward system when the girls were younger. Emphasizing positive behaviors rather than negative conduct is the best child-rearing advice for singletons and multiples.