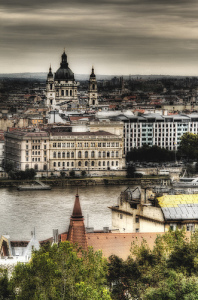 The conference I attended last month in Budapest was a joint meeting of the International Twin Society for Twin Studies and the World Congress of Twin Pregnancies. As one might expect, the primary emphasis was on the reporting of genetic studies that use monozygotic (identical) and dizygotic (fraternal) twins as the control groups to determine the heritability of various illnesses, personality traits, and well-being. The members of the World Congress of Twin Pregnancies focused primarily on the diagnosis and treatment of the complications that can occur as a result of twin pregnancies.

A handful of attendees had a vested interest in the emotional lives of twins, including the members of the International Council of Multiple Births Organizations. The group’s representatives from Sweden, Denmark, the United States, Canada, New Zealand, and the UK met to discuss research and strategies to make membership in multiple-birth clubs relevant and meaningful.

What struck me as so interesting and ironic is how professionals get so caught up in their own perspectives. A few people told me that they work with twins all the time in their medical research but know little about their emotional lives. Another gentleman unapologetically stated that he is not interested in how twins feel. Rather, he expressed enormous gratitude that the worldwide twin registries provide scientists with twin populations so that vital research can continue.

The majority of experts concerned with twin pregnancies presented findings about prematurity and its complications. However, when one physician addressed the audience and asked if anyone knew what was being celebrated worldwide on that date, I believe my hand was the only one that was raised. It happened to be November 17, which is recognized as World Prematurity Day. Not one of these dedicated professionals had any knowledge about this event. Certainly, this is not a criticism but rather a reflection about how many of us get lost in our own agendas and lose sight of other dimensions and issues.