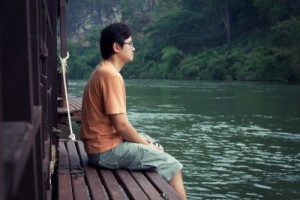 Recently I have been troubled by the many calls I have received from twins having difficulty coping without their sibling. A while ago, a young man in his early thirties shared his twin dilemma. He poignantly related that he does not miss his brother in a physical sense because he lives just a few hours away; rather, he misses the way he feels about himself when his brother is around—calm, secure, and confident. This pair of identical twin men had spent all of their lives together—growing up side by side, going to the same college, living together after college, and working in the same profession. A few months ago, one twin moved a few hours away; his twin did not expect to have such a hard time adapting to the brother’s absence, especially since he was geographically nearby.

He did not expect to feel as if he were no longer able to cope on his own. He has become depressed, anxious, and psychosomatically impacted with various gastrointestinal issues. He does not believe there is a connection between his brother’s departure and these inexplicable somatic complaints. However, he does readily acknowledge that he has difficulty going to places on his own. He is reminded of his brother’s absence when he attempts to go to the gym where he and his brother habitually worked out together. He relates that he does not want to socialize with his peers because he will begin to cry when they ask about his brother. He misses the star status associated with being a twin. He and his brother were a well-known pair around town who everyone acknowledged and approached.

In learning more about this young man’s life experiences, I felt as if he had never really learned how to identify his feelings or articulate them to himself or others. He mentioned that his relationship with his brother fulfilled most of his emotional needs. They accommodated each other without conflict or explanation. He appears unaware of his profound emotional dependence upon his brother. He seems unconvinced that his debilitated feeling states are related to being separated from his brother. He says that he does not need anyone and does not like to ask for help. He has never really needed to explore this relationship with his twin brother because they were never separated in any sense of the word. They existed as a unit, exclusively relying on one another out of habit, comfort, love, and security.

Now, as a singleton, he has to develop the will, motivation, courage, and stamina to be alone in social situations. He said he would rather not interact with others than face the anxiety-provoking task of socializing by himself. I am not certain how this young man will face or resolve his situation. At the moment, he is grieving and paralyzed by the loss of his twin—most likely, he will move closer to him or attempt to resolve the painful situation created by his broken twin attachment.

I have written previously that missing your twin is not the same as needing your twin. In this particular case, the young man’s dilemma is far more complicated. He needs his twin’s ongoing physical presence to provide the missing parts of himself that he lost access to when his brother moved away—at best, a most critical and crippling set of circumstances.

Do you have difficulty coping without your twin nearby? Please share your story in the comment section.

Image courtesy of tuelekza at FreeDigitalPhotos.net