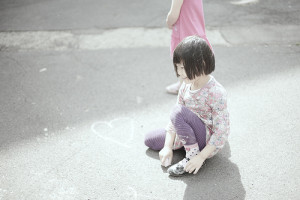 A few weeks ago I came across a terrific article about the treatment of selective mutism in five-year-old male twins written by a prominent psychologist named Dr. Katherine K. Dahlsguard.

She is the lead practitioner of the Anxiety Behaviors Clinic at Children’s Hospital of Philadelphia. In the case described in the article, she astutely ruled out a language disorder in the twins, explaining that the boys exhibited normal language development as toddlers.

Additionally, she pointed out that idioglossia—the technical term for twins’ secret language—did not apply to this set of twins because they were described by their mother as “chatterboxes” at home, speaking freely to parents, family members, and each other. The disconnect happened outside of these secure bases—the boys did not talk to their teachers or classmates, their baseball coach, the neighbors, or their pediatrician.

Dr. Dahlsguard concluded that the root cause of their silence was anxiety. She dismissed the idea that the boys’ refusal to speak was related to motives connected with control, manipulation, or passive aggressiveness. She explained that selective mutism is not terribly uncommon in preschool-age or early school-age children and that it can be understood as an early version of social anxiety, though the syndrome can be misdiagnosed as an autism spectrum disorder. She reported that after several months of behavior therapy the boys were talking to their friends and teachers, having “escaped their dungeon of silence.”

I would have been interested to learn more about the family dynamics, and the twins’ experiences and zygosity. Nevertheless, the article provided a fascinating glimpse into a dynamic that is often misunderstood, misdiagnosed, and mystifying, especially in twins.