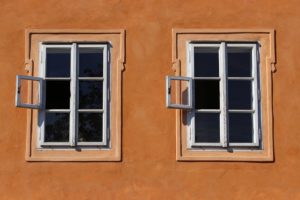 As a seasoned clinician, I am well aware that insight is the gateway to change. I tell my patients that discovering fresh insights into our problems and ourselves is akin to opening a window that has previously been shuttered or stuck. However, in order to discover those insights, we must open that window to risk new behaviors and experiences that may feel out of reach or simply too intimating to contemplate.

I was communicating electronically with an adult twin woman in her late twenties about why her relationship with her sister is so stultifying. She chronicled how their competitive strivings made both of them feel exquisitely sensitive to comparison. Also, she was quick to point out how their birth circumstances defined their dyadic roles: her sister’s lower birth weight contributed to her sister being treated as the baby and consequently catapulted her into the role of the caretaking twin.

This woman was in a serious romantic relationship, and her twin was not. Although she mentioned that she and her sister had talked openly about the possible ramifications of her getting married and moving away, it seemed clear that this woman’s expectable fears and tremendous guilt about moving forward had been paralyzing. She had been putting off her own marriage and future with excuses related to work and living conditions.

I urged her to find a therapist to help her move through the psychic turmoil that she’ll have to confront in order to open the window to a new life—to physically and emotionally separate from her twin. I suggested that she confront these issues sooner rather than later. Otherwise, feelings of bitterness and despair will exponentially grow if she sacrifices her happiness in order to preserve the twin connection. Let me know in the comments section if you’ve experienced this issue.

The image in this post is in the public domain courtesy of Martin Harry.