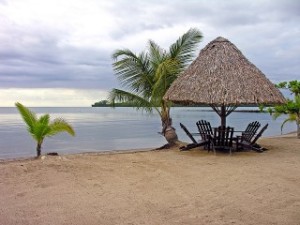 I recently returned from a glorious ten-day trip to Guatemala. The idea of the trip was sparked about a year and a half ago though an Internet exchange I had with a psychologist from Guatemala City researching twin issues. Beatriz Cadena de Schwank was treating an eight-year-old twin in her practice and sought a consultation. She belongs to a private mental health group that she founded with six other women colleagues about five years ago. Their practice is called Proyecto Aiglé Guatemala and is affiliated with Proyecto Aiglé in Buenos Aires, Argentina. The clinic offers many mental health services for adults as well as children. Over time, Beatriz and I arranged dates for my trip to Guatemala to speak about multiples. As there is not an affiliated group of parents of twins, she had to do extensive outreach via social media to find families raising twins or triplets. She did a fabulous job, and my presentation and my workshop were very well attended.

I was interested to see how many common concerns parents of twins share, no matter where they live. Parents raised issues about their twins not wanting to be separated from one another and had quite a bit of discussion about fighting, labeling, and comparing. The introduction of the concept of spending time alone with each twin was met with some skepticism. However, as I explained my reasoning behind the suggestion, it seemed to make a little more sense. One woman explained that in their culture families and extended families spend a lot of time together and the notion of alone time with each twin is somewhat foreign to their thinking.

Many parents were excited to learn that the parent-twin connection is of primary importance and the twins’ attachment to each other plays a secondary role. Also, there was much discussion about how natural it is to feel more connected to one twin than another and how important it is to recognize our feelings so that they do not complicate or interfere with our capacity to discipline our children.

I explained how we value individualism in the United States. I described how our parenting goal is to help our children be independent and resilient enough to be able to leave home at eighteen years old and adjust to college life. Not only is this not how most children are raised in Guatemala, but also only a small percentage of the population attends college. While some young adults do attend college outside of the country, many of them attend university in Guatemala and live at home with their families until they marry.

Another interesting cultural difference is the discussion around IVF. Some clinics in the country do provide infertility treatments; however, frank or open discussions about this topic are rare because it infringes upon some people’s religious beliefs. I explained that Americans, for the most part, are fairly comfortable talking about infertility issues; in fact, there are groups for couples going through the process where they can share their feelings and frustrations.

I also learned that similar to the United States, there is conflict between working moms and moms who stay at home. The majority of the women who attended my presentations were professional women who worked.

I felt so appreciated by the organizers of the event as well as by the attendees. Everyone was gracious, generous, and appreciative. They were open to learning about new perspectives, even if those perspectives seemed somewhat counterintuitive.

I was also amused to note that many moms of twins have difficulty asking their husbands to help with the children. The general consensus seemed to be that often the fathers are not as helpful as their wives wish because of the wives’ tendency to criticize how their husbands are helping. I suppose there are just some universal truths that transcend geographical boundaries!