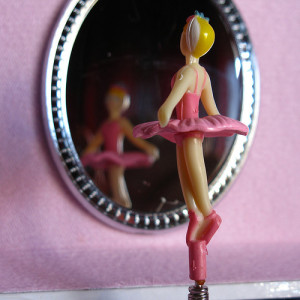 I had no idea what my children meant when I heard them saying that their friend suffered from FOMO.  They explained the definition of the acronym as “Fear of Missing Out.”  This anxiety about missing out on something popped into my head after I listened to a mother of six-year-old twins equivocate about her decision to send only one of her daughters to a ballet class. The daughter who had expressed an interest in taking ballet told her mom that she did not want her sister to come.

Understandably, taking a hard-line position about separate activities is difficult at first. This mom feels conflicted about being fair and sensitive to both girls. To provide a long view of the situation, I related a story about the mother who called me years ago to help her figure out why her twin daughters were not speaking to each other. In a nutshell, one daughter had already committed to attend a specific college, but her twin sister remained undecided until she received all her acceptances. She asked her sister for “permission” to attend the same college, clearly putting her twin sister in an untenable situation.

Mother’s fear about the one daughter “missing out” on the same experience led to four years of turmoil between the girls that could have been avoided.

If one of your twins is telling you what she wants, please listen as if she were a singleton and respond accordingly. Ballet classes will be available for the other daughter if she decides later on that she wants to dance.

FOMO can become a daunting issue for parents of twins if they do not remind themselves that life is not fair and twins are not equal.