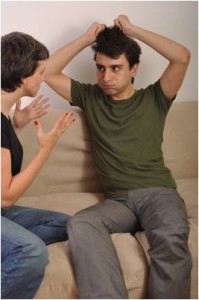 A mom of eighteen-year-old twins asked me to help her understand why her son adamantly denied his sister permission to date his friends. Both attend separate schools and thus have different social groups. While I did not know all of the particular details, I shared some ideas about why her son might be feeling this way.

Since most adolescents are very wary of parental scrutiny and intrusiveness, perhaps this young man did not feel comfortable allowing his sister into his inner sanctum. It may have felt like a violation of trust and boundaries. Since siblings often “tattle” on one another to gain parental favoritism, possibly he did not want his sister becoming a potential witness or intruder.  Or, maybe it is a power play of sorts. Her son is exercising his authority to leave his sister out of his peer group. The rebellious behavior is designed to upset his sister and parents in hopes of demonstrating his autonomous power and control.

Whatever his reasons might be, I advised this mom to be respectful of his stance; if his friends decide to approach his sister, they will have to handle the situation with him, not her. If his sister defies her brother’s wishes, she has to work out the conflict with her brother by herself, without involving their mother.

I believe it is very important to respect twin siblings’ boundaries even if they do not seem to make rational sense to outsiders. What is involved is a self-protectiveness as well as a twinship negotiation that they need to work out on their own.

How have you or your twins navigated social circles and dating? Please share your story in the comment section.

Image courtesy of artur8 at FreeDigitalPhotos.com