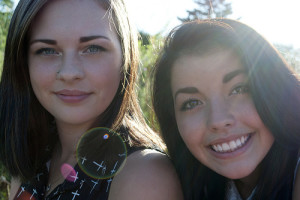 This is a familiar lament I hear again and again in my encounters with twins. The individuals I have worked with who confront this conundrum have not been able to separate comfortably from their twin. A tumultuous history of mutual dependence, struggle, and resentment has rendered the twins incapable of communicating authentically. Their ambivalent behaviors toward one another—a push-pull struggle—keep them connected via distrust and guilt.

An adult twin in her early forties shared her experiences. She told me that she remains hopeful that one day her sister will come live with her. When her twin sister’s husband left a few years ago, she pleaded with her sister to move in with her. She sent money to help her sister relocate. Her sister consented, joyfully accepted the money, and at the eleventh hour decided to move in with their mother. Apparently, this same scenario has been repeated a few times—the one sister commits to joining her twin but changes her plans at the last minute.

Each time her sister promises to join her, she is thrilled and elated; her sister’s repeated failed promises and dishonesty fail to dim her enthusiasm or wishes to be reunited with her. Although she feels abandoned and angry each time this occurs, she feels compelled to try to re-create their childhood twin bond.

She is steadfastly convinced that she cannot live with or without her twin, insinuating herself in this fateful limbo over which she has no control.