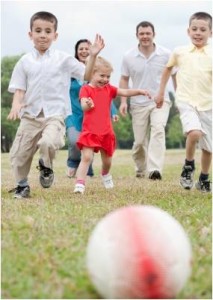 A recent article in the New Yorker magazine discussed and defined the meaning of benign envy.

Often people can be confused about the essential difference between jealousy and envy. My definitions are as follows: jealousy is an expectable feeling in response to wanting what someone has or is—a higher-paying job, a better figure, a bigger house, an expensive car, etc.; envy is coveting what the other person has and feeling enormous resentment, rage, and ill will concerning that individual’s accomplishments, possessions, or life experiences.

According to various studies cited by the author in this article, benign envy is not malicious or destructive. Rather, it is a type of envy that motivates an individual to become more ambitious about pursuing what she wants in a positive, forward-moving manner.

I thought about how this concept of benign envy might be an optimizing factor in the lives of some twins. For example, many pairs of identical twin athletes, both male and female, remark how motivating it is to compete against their twin. An interesting caveat is that most will tell you that, of course, they want to win; however, if they don’t and their twin does, they feel as if they have won as well. If they have to lose to someone, they want to lose to their twin because it does not feel like a loss.