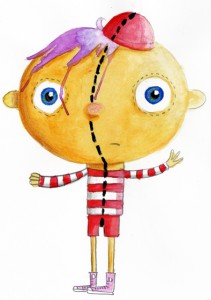 Recently, I presented some material from my research findings about adult twin relationships. I discussed why it is so challenging for some twins to develop a cohesive self. I referenced Dr. Barbara Klein’s book Alone in the Mirror. She feels that since twins are in a metaphorical sense born married, they can never get a divorce. Dr. Klein substantiates her point of view by highlighting how twins remain loyally connected to one another in the face of enormous guilt, resentment, and fear about longing to be separate and wishing to be on one’s own.

I remarked that I took issue with this perspective because I feel that the many twin pairs who work through their ambivalence and dependency conflicts do reach an amicable divorce that ultimately generates a harmonious twin connection. Each twin’s individuality and autonomy is regarded respectfully, without considerable strife or turmoil. If adult twins do not remain “married,” often they are viewed as failures or exceptions to the rules and expectations of the twin mystique. While some people view adult twins who dress alike and live together well into later life as “freaks,” many people assume that adult twins will remain best friends forever. Many do and many do not. Getting an amicable divorce has nothing to do with hating your twin. It simply signifies that each twin feels productive and secure living an individuated life, and neither twin feels trapped by a relationship that has ceased to be pleasurable, life enhancing, or progressive.

My research illustrates that the adult twin pairs who achieve the greatest amount of satisfaction and ease being together have separated from one another on mutually positive terms. Thus, they are able to enjoy their differences and similarities so that neither one feels threatened or precarious. Both twins feel in control of their own life and are eager to share themselves with their twin because there is not a haunting threat of being co-opted, invaded, or manipulated.

Do you have any suggestions or tips for reaching an amicable twin divorce?