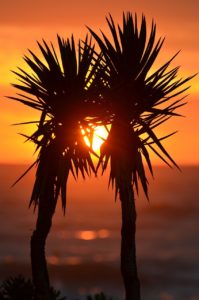 My husband and I had been planning a trip to Bermuda for quite a while because some dear friends asked us to join them at the conclusion of their business meetings. On a whim I decided to look for a multiples group. To my surprise and delight I found the Amazing Multiples, a group affiliated with the Meet-a-Mum Association (MAMA). Both groups did a fantastic job coordinating the details of my presentation.

Since the talk was held in one of the meeting rooms at the Bermuda Underwater Exploration Institute (BUEI), their dedicated staff handled the marketing aspects.

The turnout was terrific. Attendees included expectant parents of twins, parents of twins of all ages, an educator, a nanny to a pair of twins, and even an adult twin! Everyone listened intently and respectfully to my strong messages about how to raise individuated, independent, and resilient twins. I realized how much my insistent tone made an impression when I ran into one of the moms who had attended my talk. She apologized profusely that her adorable eight-month-old girls were dressed in matching outfits!

An issue that came up repeatedly in the Q&A was how to manage the triadic relationship between twins and their siblings. I especially appreciated how one mom shared that her younger singleton’s assertive temperament helped him not feel excluded by his older twin siblings. Another couple expressed concern about how one of their two-year-old twin daughters was completely left out of the relationship between her four-year-old brother and her twin. Another woman in the audience who had been caring for a seven-year-old boy since birth shared how he had been sorely affected by the attention and time paid to his two-year-old twin sisters. She felt that my suggestion about taking out just one twin with the older brother might help him adjust a bit better to his circumstances.

A mom of eighteen-year-old fraternal twin girls shared how important it is for twins to have some separate time away from one another. Both of her daughters will be attending separate universities in different countries—Spain and England. Although they are understandably anxious about being on their own, they are both looking forward to experiencing life as singletons.

A few parents asked about the advantages of having twins in separate classes or even in separate schools. Different skill sets, hurtful comparisons, and unhealthy competition can be somewhat mitigated via separation. The educator who attended the conference related that she had been a school principal and a teacher to many sets of twins. She reiterated my concerns about lumping twins together. She has found in her long career that twins and their teachers do best when twins are in separate classes. She said that teachers must get to know each twin’s personality so that they are readily distinguishable, even if they are very hard to differentiate.

One mom complained that her in-laws have a very difficult time being able to tell their identical grandsons apart. The boys are aware that their grandparents cannot distinguish who is who.  I suggested that giving the boys different haircuts would help with this dilemma.

I ended with remarks about epigenetic differences. Instead of focusing on how twins are alike, the latest genetic and scientific research is concerned with epigenetic divergence.  Simply put, it is deciphering why gene expression is different in identical twins. If identical twins share the exact same DNA, how do we understand why just one twin may develop diabetes, cancer, hypertension, or depression? Scientists are telling us that we can no longer separate nature and nurture as they are inextricably linked. Epigenetic changes are not yet readily understood; they can result from fate, accidents, trauma, and the environment. With the help of twin studies, scientists may one day be able to find out how to alter the genes that give rise to specific diseases and chronic conditions.

I hope that the Amazing Multiples gathering will stimulate the multiples community in Bermuda to become more cohesive and engaged. The best and most comforting advice comes from other twin moms who have encountered twin challenges and figured out how to manage them.

The image in this post is in the public domain courtesy of huba22.