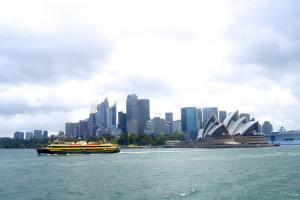 I recently read an article on the Internet about triplet families from Australia, and it referenced a book titled Twins: A Practical Guide to Parenting Multiples from Conception to Preschool by Katrina Bowman and Louise Ryan. The book was initially published in 2002, and a revised edition came out in 2014. The latter edition has a new section dedicated solely to triplets.

Immediately I ordered a copy and read it. The book is easy to read and organized from conception onward. I thoroughly appreciated the quotes from parents of twins discussing the emotional aspects of birthing and raising twins. Both authors, as well, share their personal experiences about parenting twins. Katrina Bowman has identical twin girls, and Louise Ryan has fraternal girls—both pairs in their early teens. Each woman is refreshingly honest and authentic about her reaction to finding out about the twin pregnancy and how she has learned to manage the consequences.

Katrina Bowman writes about how disappointed she felt initially about having twins. She shares a sentiment that many women may feel but are too ashamed to admit to themselves or others—feeling cheated about missing out on the experience of having one baby at a time. Bowman shares her reactions to the news of her identical twin pregnancy.

I have always felt sorry for twins. Having someone who looks just like you, always competing with you. They lose their individuality. I didn’t want my children to have that. I quickly realized that a large part of my distress was grief. I was grieving for the loss of a single baby. . . . I saw it as my job to nurture their individuality while not ignoring the twinship. But at the same time I felt jealous that they would have this bond while I must sacrifice everything.

I also very much appreciated the section of the book devoted to a discussion about expectations of motherhood. Bowman writes,

My feelings about motherhood were ambivalent. I loved my babies but I also resented what their arrival had done to my life.

One of my favorites of the many sidebars in the book is labeled To Help Your Twins To Develop as Individuals. Several of their suggestions highlight the same ideas that I present in Emotionally Healthy Twins:

These authors do practice what they preach. Katrina Bowman told me that her fourteen-year-old identical twin daughters were separated for six weeks attending different programs. This is my kind of twin mom!