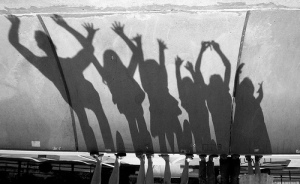 A few days ago I read a blog post written by a mother of six-year-old identical twin girls. She was upset that her daughters were having difficulty managing separate relationships with some of their classmates.

The girls had been in separate preschool classes, and the mother explained that this separation had worked out beautifully because one daughter had previously become too controlling and bossy. Since she felt that the girls had “individualized enough,” she put them back together for kindergarten and first grade. She felt relieved not to be burdened with different homework assignments, classrooms, and teachers.

But now the girls are having difficulty sharing friends. She expressed her concern by saying, “Other little girls are attempting to get between my twins.” Her solution to the problem is what she calls the “package-deal approach.” She has explained to her girls that they are each other’s best friend for life. To avoid further conflicts, she instructed her daughters to tell their playmates that they are a package deal. In other words, if either twin makes a best friend, that best friend gets them both.

I struggle with the emotional rationale of such an approach. While I have enormous compassion for parents who get worn out refereeing competitive conflicts between their twins, I feel strongly that this best-friends-forever message and package-deal approach will be very damaging in the long run to the development of each girl’s individuality. While this solution may make sense now, how will this approach play out as the girls get older and each yearns for a singular identity as well as the freedom to make her own decisions and meet her own needs?