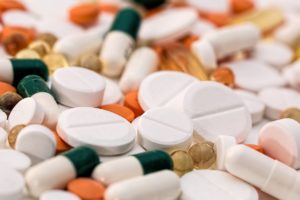 I recently did a consultation about a pair of twins who became addicted to opioids after one of the teenage girls sustained a knee injury during a gymnastics competition. The girls are fourteen years old and have been devoted to training and performing since they were five years old. Both were highly gifted, motivated, and driven to excel. They spent practically every waking moment together training, practicing, and competing and had very little time for other activities or relationships. Gymnastics had defined them for as long as they could remember.

One of the girls injured herself severely during a competition more than a year ago. Her doctors informed her that she would not be able to train for at least eight months for her knee to have ample time to heal. She required knee surgery to repair the damage and was prescribed opioids following the procedure to help with the pain.

The healthy twin was emotionally lost without her training buddy and best friend. She lost interest in gymnastics and decided not to continue training until her sister recovered sufficiently to resume practice. In the meantime, her sister urged the healthy twin to join her in experimenting with the pain meds that she was taking because they made her feel terrific. Sadly, no one realized that both girls had developed an addiction to the opioids. They began to steal money from their parents to feed their habit. Even though the surgical repair of the injured twin’s knee was successful, both young girls had lost their focus and motivation to continue working toward their career goals.

I wondered if this case was complicated by the fact that the twins were essentially addicted to one another—in other words, they had a severely enmeshed and codependent relationship. They acted with a shared identity and most likely did not feel like individuals but rather as two halves of a whole. Hence, when one sister could no longer function as she had previously, the other one felt as if she had no choice other than to follow in her twin’s deadly footsteps.

Enmeshed twin relationships rob each individual of the capacity to think for oneself. Similar to some twin pairs who suffer from anorexia, twins that struggle with addiction act out a shared covert pact that requires both participants to play along. Hopefully both girls will seek treatment to try to withdraw from these drugs. If they can both agree on this course of action, perhaps their treatment goals will be successful.

Photo in the public domain courtesy of stevepb.