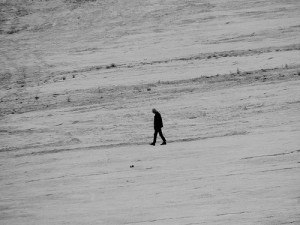 I have been working with a middle-aged woman whose twin brother died suddenly and unexpectedly a few years ago. It has taken her a long time to find the right therapist to help her work through her loss.

She tried attending various grief groups; however, her disappointment and anger about not finding anyone who could intrinsically understand the loss as it related to the twin relationship made the process all the more difficult, painful, and prolonged. She appreciated e-mail exchanges with members of the Internet group Twinless Twins; nonetheless, she needed to relate directly to a person rather than attempt to work through her grieving process via virtual connections.

I have read most of the literature about twin loss. The seminal work about the subject is a book called The Lone Twin written by Joan Woodward in 1998. Woodward is a well-respected British psychotherapist who was drawn to the issue of twin loss because her identical twin sister died at three years of age. She came to recognize that her psychoanalytic training and treatment paid no attention and lent little importance to this very significant life event. She researched the stages of twin loss at various developmental ages and described them in her book.

Helping my patient work through the loss of her brother has highlighted the complexities of twin attachments. My patient feels as if half of her self has vanished. Her connection to her brother imbued her with a sense of purpose and being. They were best friends, supportive partners, and soul mates. They helped each other in all sorts of ways: they loaned each other money; they gave each other rides when one of them did not have a car; they shared holidays, rituals, and their birthdays; they supported each other in their recoveries from addictions. Both of them felt unconditionally loved by the other. In the face of their individual struggles, they remained present, protective, and proactive for each another.

In this emotional atmosphere, one can surely appreciate how lonely and sad my patient feels—at times contemplating suicide and at other times feeling guilty that she is alive and he is not. She is learning how to live and to survive without him—a formidable task given how much they meant to each other. She was blessed to have her brother in her life; however, without him, she feels cursed by her loneliness and dependence, wondering how she will be able to make a life for herself without him. While the notion of creating a life after the death of a loved one is a daunting task in most cases, how much more difficult must it be to lose an attachment created in utero?