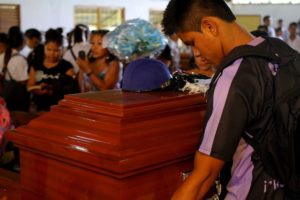 In the last few months, I have been working with two grieving families. In both instances, a fraternal twin died owing to accidental circumstances—a drug overdose and an automobile collision. The man was in his late thirties and the young woman in her late twenties.

While my heart goes out to those who have lost a loved one, I am inclined to be most concerned about the surviving twins and their well-being. In both cases, the surviving twin was the caretaker in the twin relationship. Each family has described in detail how involved and invested each surviving twin was in the life of the deceased sibling. Each twin had devoted considerable years to the direct care of his or her twin.

The surviving male twin, “Alex,” spent almost all of his young adulthood looking out for his brother “Teddy.” Alex is focused and ambitious, while Teddy appeared more easygoing and engaging.

The boys’ mother died when they were young teens. Their lives became disorganized and chaotic following her death. While Alex was able to get back on his feet toward the end of their high school years, Teddy struggled with alcohol and drugs. Teddy experienced short-lived periods of health and prosperity; however, he repeatedly fell on hard times and reverted back to using drugs and alcohol.

Alex was ready and willing to drop whatever he was doing and come to Teddy’s aid. At times Alex moved closer to Teddy; other times Teddy would move into Alex’s apartment until he felt able to be on his own again.

Alex recalls that he heard from Teddy the night before his death. At that time Teddy had moved into a nearby apartment with his girlfriend. They spoke every day, and Alex remained vigilant about checking on Teddy’s whereabouts and safety.

Alex’s preoccupation with Teddy’s emotional and physical security inhibited and prevented Alex from having his own life. Up to the time of Teddy’s death, Alex had not pursued his own intimate connections. While he worked hard and had many workplace friends, Alex’s primary emotional investment was in Teddy.

Understandably, Alex has been stricken with remorse and sadness since his brother’s death. Alex continues to feel that he could have saved Teddy if only he had detected that something was amiss during their last conversation.

A very similar set of dynamics existed for “Emily,” the young woman whose twin sister “Elaine” passed away unexpectedly in an auto accident. Emily, the surviving twin, was the “mother hen” and felt defined by her role as Elaine’s best friend. In fact, Emily’s feelings of self-worth and fulfillment originated from Elaine’s dependence on Emily. Robbed of this job, function, and identity of being Elaine’s one and only, Emily now struggles to find her own sense of self amid terrific emotions of guilt, remorse, and anger.

While loss of any sort is tragic, please pay special attention to twin loss. It cannot be understood within the context of a singleton’s grief over the loss of a sibling. It is simply not the same. The surviving twin’s age at the time of the other twin’s death and their relational dynamic will be of great significance in terms of defining future developmental milestones and emotional maturity. However, in view of the twin bond that has existed throughout their lives, twins often feel as if a part of themselves has died with their twin.

The grief and mourning process is long and arduous. In order for surviving twins to regain and redefine an identity after this traumatic event, they must work toward developing an identity that encompasses more than just forever being a twin.

Image courtesy of asiersb. CC by 2.0.