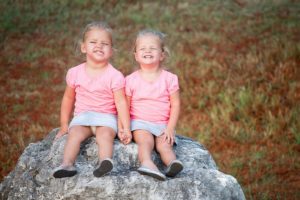 I must keep reminding myself that most people are, understandably, unfamiliar with emotionally laden twin dynamics. For obvious reasons, one would not know or be interested in these relationships unless he or she were a twin, were parenting twins, or were counseling twins. What seems obvious to me often results in an aha moment for those unfamiliar with the psychology of twins.

I was telling my colleague about a twin patient of mine who struggles mightily with the challenge of defining his separate self. He is a young man in his early thirties who feels as if he should never have more or want more if his twin has less.

Consequently, he experiences tremendous conflict trying to hold onto his sense of well-being and optimism. He will instinctively relinquish positive self-regard if he intuits that his upbeat state might diminish another person. These sacrificial tendencies extend far beyond his twin dynamic, bleeding into his relationships with other family members, friends (whether these relationships are intimate or superficial), and even nonfamilial parental figures.

The other day, he told me that he felt extremely guilty and uncomfortable about sharing his happiness over his job with a friend’s parents. All of a sudden, he stopped and realized how “sinful” it felt to reveal these positive feelings because his friend was out of a job. He started to think that his friend’s parents must have considered him tremendously conceited and narcissistic because he was expressing his positive feelings while their child was struggling.

This young man demonstrates a habit of projecting onto his family and friends that he should not take pride in owning his successes. This pattern relates to his twin connection, which requires him to be selfless out of fear of endangering the balance with his brother and incurring the disapproval of his family. For most of his life, this young man has exemplified a commitment to keeping things equal and being accommodating, taking a back seat whenever necessary.

Our therapeutic work has helped him understand that most healthy twins and singletons do not operate similarly in the world. Singletons who feel safely individuated and empowered look after themselves without feeling excessively impinged upon by the real or imagined judgments of others. This is not to imply that they are not compassionate or empathic; rather, the social norm is that pursuing desires and necessities does not automatically require someone to ensure that his or her gain is not another’s loss. Twinships organized around the “do or done to” model have difficulty understanding outlooks that are not self-defeating and self-harming. Individuated twins, along with singletons, feel entitled to pursue passions and goals, unimpeded by overwhelming concerns about competition and envy.

Photo courtesy of donnierayjones (CC BY – 2.0)