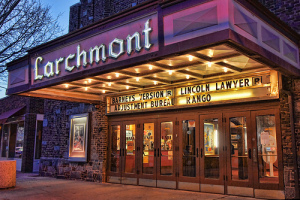 I have been thinking about the connection between guilt and anger in twin relationships. A young woman I work with feels tremendous compassion and love for her twin sister. She also has unbearable feelings of guilt about her sister’s difficulties that, in her mind, make it impossible for her to feel separate and fulfilled.

My patient worries that her sister’s tendencies toward depression and self-loathing will deepen if she moves away from her sister—either emotionally or physically.

Reflecting on the twin connection portrayed in the movie The Skeleton Twins, I thought about the differences between twin relationships and other sibling relationships. Milo and Maggie, the twin characters in the movie, have not seen one another in ten years. They reconnect via suicidal ideations and depression. The audience gets a glimpse into their troubled childhood and experiences their clumsy attempts to reconnect. Viewers share their angst and emptiness as well as their mutual appreciation of frivolity and humor. They are working toward building an adult connection with one another—an intimacy based on their shared childhood experiences and traumatized lives.

The difference between these film characters and my patient is my patient’s inability to express or articulate the emotional compromises she has had to make to sustain the twin connection. Her tremendous guilt feelings help to protect her against feeling or recognizing the inevitable resentments that arise between twins as they get older and want to pursue their lives as individuals. She has no means of resolving real conflict in her twin relationship other than the expectable day-to-day annoyances that arise from sharing space with a same-age sibling. Actual differences have not been addressed, experienced, or allowed.

Hopefully my patient will gradually ease into a more liberating frame of mind as she gives herself permission to get in touch with her ambivalence and separation fears.

Have you experienced guilt or anger in your relationship with your twin? Have you found ways to overcome those feelings? I welcome your comments and insights.