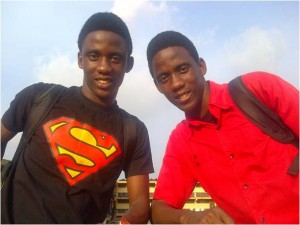 Our fascination with identical twins seems to continue unabated. I have been surprised by websites such as http://www.twinstrangers.com and http://findmydoppelganger.net that will help you find your doppelganger. The definition of doppelganger is someone that looks the same as another person but is not a twin; an additional meaning is a ghost identical to a living person: an apparition in the form of a double of a living person.

In stark contrast to this phenomenon, actual identical twins strive to form separate identities so that others can know them as individuals rather than respond to them as doppelgangers. In fact, sometimes identical twins develop divergent personality traits to exaggerate their slight differences. Despite a family’s best efforts to promote separation and individuation for each twin, they are fighting an uphill battle against a societal and cultural fascination with having a physical double.

Although identical twins will not experience an identical emotional upbringing, this factor is often overlooked or dismissed. I have had the good fortune in my professional life to work with various sets of identical twins whose divergent emotional makeups contradict their resounding physical resemblance. One of the most gratifying aspects of working with twins is helping them discover their surprising lack of awareness about their twin’s needs, feelings, and desires and recognize their distinct emotional wiring. While this may seem odd given their genetic similarities, it makes perfect sense from a psychological perspective. Attempting to hold on to one’s individuality at all costs can result in becoming shortsighted regarding one’s twin.

Recently a pair of thirty-five-year-old identical twins sought therapy to understand why they felt estranged and distant from each other. It was incredible for me to witness how one twin sat amazed and astonished as she watched her sister dissolve into tears. As the first twin reached for the tissues to hand to her sister, she herself was holding back tears. She remarked that her sister never seemed upset or emotional about anything. This powerful moment in their session has helped unlock and uncover how differently both sisters feel about being a twin and how their experiences in the family have determined their particular sensitivity and reactivity to twin issues.

Often, some identical twins are so busy managing issues of loyalty, comparison, ambivalence, and compliance that they don’t have access to or experience with intimate feelings. Ironically, this notion flies in the face of the twin mystique. How can eternally loving soul mates not be intimate? My hope is, and always has been, that more twin pairs will seek out therapy to help them develop the emotional tools they require for a healthy twinship that embraces reciprocity and mutuality.