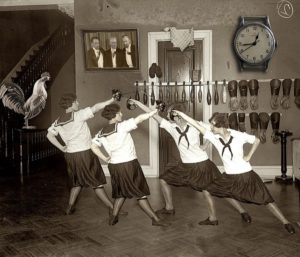 I asked an older adolescent twin patient the other day to tell me some of her thoughts about competition. She related the following:

Oh, it’s horrible. The only good competition is the Olympics—those athletes train and train to be able to compete for one of the highest available honors.

When I played softball in high school I had to think that the girls we played against were all bad; it’s silly to think about this now, but I had no shades of gray in my thinking: just all good—our team, and all bad—our opponents. I can’t imagine competing against my friends. I know three girls who are now vying for the same job. I could never put myself in that position.

This young woman in her late teens has not yet realized how much her competitive feelings frighten her. She is not able to acknowledge her competitive side because she keeps these emotions hidden and under wraps. She dissociates from competitive thoughts by focusing upon her mission to make everyone else happy. She believes that putting herself first is selfish and morally corrupt. Her magical thinking inspires a delusional belief that doing for others while denying her own needs will earn her a place of lofty status among her friends and family.

Managing her feelings strictly via denial and dissociation worked well until her twin sister moved away to attend a separate college. Robbed of carrying out her daily twin-sister ministrations, she had to find something or someone else to care for. Her struggles to replicate the twin connection with needy college friends did not materialize, as friends certainly did not play along the way her twin sister had. When her twin sister and boyfriend began living together, this young woman could no longer cope. Losing custody of her primary caretaking receiver, she felt abandoned, bereft, and lost. She had to reorganize to try to find another life focus.

What has gradually emerged in long-term therapeutic work is how competitive feelings toward her twin terrify her. She fantasizes that having what her sister has would cause so much turmoil that she would have to view her sister as the “enemy”—an intolerable and unbearable thought. For example, the notion that both of them could have boyfriends seems implausible and impossible because my patient imagines that the competition between them would escalate into warlike proportions. She envisions that the competitive feelings would become so intense that she and her sister would morph into enemies fighting for dominance and control. They have shared everything; thus, the notion that each can get what she wants without damaging the other has not yet been tested.

My patient’s psychological world dictates that competitive feelings are tantamount to betrayal and annihilation since they threaten her twin connection. As she becomes more aware about why she has had to dissociate from her competitive feelings, she will be able to appreciate how she can have what she wants without feeling as if she is killing off her sister/enemy.

It is a tremendous breakthrough and lifelong lesson for twins to reconcile that their individual needs and feelings are not impinging, impacting, or erasing their connection. When each twin can feel entitled to what she wants, even though her twin may not have what she has, there is hope that a burgeoning individuality also will be expressed in the twinship—not destroyed by it.