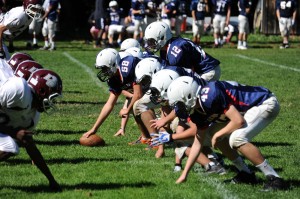 By mere coincidence, I struck up a conversation with a lovely gentleman in his early 60s who happens to be an identical twin. Of course, I was curious to learn about his experiences, and he graciously shared his twin story with me. The gentleman explained that he and his brother were the eldest of five children. He marveled at his mother’s ability to take care of five children under the age of five all by herself. The children were raised in their Irish Catholic traditions, attending parochial schools.

Mr. T, as I will call him, described how he and his brother differed. His brother was more outgoing, more academically driven, and more hot-tempered than he was. They were able to differentiate themselves through sports–Mr. T played football, and his brother played basketball. Mr. T reasoned that this difference enabled them to spend quite a bit of time apart during the school year. He felt that the summers were more difficult for each of them because they lived together and saw much more of each other.

Unlike his brother, who had specific career goals and aspirations, Mr. T was not certain about what he wanted to do. Eventually, he decided to pursue accounting because he enjoyed working with numbers and financials. Mr. T married much later than his brother did and followed a number of different career paths that led him to feel fulfilled, both financially and emotionally.

As Mr. T’s life stabilized in terms of his marriage and career, his brother’s life became more troublesome. His brother suffered from various health problems that left him unable to work. Mr. T has felt increasingly alienated from his brother. He contends that he does not enjoy spending time with his brother or his family; when he does visit, he does so out of obligation and responsibility. Mr. T’s brother is resentful of his happiness and often makes unpleasant references about their respective lots in life.

Mr. T readily understands his brother’s envy but does not feel guilty or disloyal. He exhibits a very healthy attitude of acceptance about their respective situations and does not feel bad acknowledging his lackluster twin relationship. Although Mr. T took a backseat to his twin growing up, he found his stride, confidence, and strengths as he developed more and more of his individuality. I appreciated his candor and authenticity. His story helps to affirm my position that not all twins are best friends–nor do they need to be.