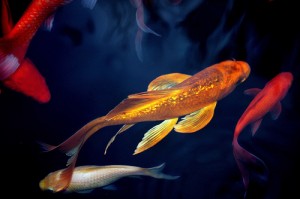 I was talking with a friend of mine struggling with a decision about kindergarten for her five-year-old identical twin daughters. Fortunately, the family was accepted into two excellent schools. The issue was the size of the school–one school had two kindergarten classes, and the other one had five. Separating the girls into their own classroom was not an issue because the family had beautifully prepared for this by separating the girls in their second year of preschool. Ultimately, the parents decided to send their daughters to the smaller school because the girls seemed more comfortable being big fish in a small pond than being in a larger environment.

When our children are kindergarten age, it can be difficult to imagine what their needs will be as they get older. I understand this mom’s wish to put her girls in a smaller school at this age because both still are a bit reticent and overwhelmed in large group settings. However, with identical twins especially, a bigger pond is much more a necessity in the long run than a smaller environment is. As the girls grow and differentiate, they will have access to a larger peer group in a bigger school.

As twins seek out their own friends and interests, the hope is that they won’t have to compete for scant resources. Since identical female twins so often gravitate toward similar interests and personalities, having more opportunities to choose from will ultimately be beneficial for both of them.