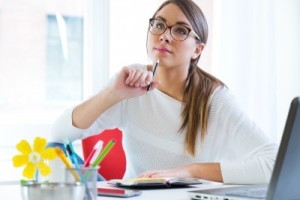 I try to make myself available as often as I can to those who seek me out for advice, guidance, and suggestions. When I recounted to a colleague how I spent my day yesterday, even I was surprised by the time and effort that I happily devote to helping others solve their twin dilemmas.

The first call of the morning was to a mother of twelve-year-old twins, who had written me a beautifully detailed account about how and why her sons are not getting along. She reported that the identical twin boys have divergent academic abilities.

One youngster is in the gifted program while his brother struggles with some learning issues. Although they attend different classes at the same school, the academically gifted twin has repeatedly treated his brother very cruelly at school.

He refuses to be seen with him, will not allow his brother to be with his friends, and has defiantly told his parents and teachers that he hates being a twin. He told his parents that he needed to dye his hair so that others would not mistake him for his brother. He has begged his parents to send them to different schools when it is time to transition to middle school.

The mother related that she is very perplexed about the boys’ behavior in public because they seem to get along well at home. She told me that she has pleaded with her outspoken son to allow his brother to attend the same middle school. She wants the boys to be best friends because that is what she has always believed twins should be.

In no uncertain terms, I advised the mother to put the boys in different middle schools as soon as possible. I conveyed to her that the boys will have a much better chance of being good friends if they are able to separate. Trying to convince the stronger twin to give permission for his brother to attend the same school is a recipe for disaster. I explained to the mother that in situations where there are such evident disparities in personality and skills, it is a gift to both boys to provide each one with his unique environment and experience. I succeeded in convincing the mother to make these changes for the next school year. She replied that having the boys in two different schools will make her life a bit more complicated logistically; nonetheless, she understands that this decision is the best solution for her sons at this time. My colleague joked with me and said, “You saved them from four years of therapy!” I certainly hope so, but only time will tell.

Afterwards I had an hour-long conversation with an identical twin woman from Canada who is writing a master’s thesis about twin development. She felt that many of the ideas and concepts I touched upon resonated with her experience. She concurred that separating from her sister to go to college was an extremely trying time in her life, as has been her search for intimacy.

Following this call, I spoke with a grandmother of kindergarten-age twins who sought advice about how to handle some defiant behavior between the children. After that, I sent an exhausting round of emails trying to figure out how I can publish my twin research data in a peer reviewed journal.

All in all, a “twincentric” day with thought-provoking situations, dilemmas, and solutions.

Image courtesy of nenetus at FreeDigitalPhotos.net