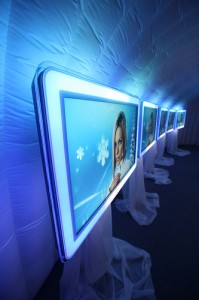 Although the twin pairs showcased on the TLC program Twintervention appear extreme and dysfunctional, there are some insightful moments amid the sensationalism. In reality, many twin pairs do have tremendous difficulty separating from one another and so must seek out a significant other who can tolerate divided loyalties.

Both married sisters on the show worry excessively about their twin, and neither can bear that her sister is alone and on her own. These circumstances depict a realistic portrayal of codependent behavior having nothing to do with drugs, alcohol, sex, or gambling. In essence, it is a twin addiction. The married twins need to be needed, and their single sisters need to be cared for and infantilized. As one of the husbands remarked, “You can’t be possessive if you are married to a twin.”

I imagine that many parents of young twins who watched this show dismissed its message because the content appears so extreme. However, parents of young twins, take heed! This is an important wake-up call not to fall into the grasp of the twin mystique. While the twin connection is palpable and important, the twin-parent connection is the most vital. But many parents are fearful about intruding on the twin bond and therefore do not play an active parenting role with their twins.

Had these twin pairs been raised by parents who understood the importance of alone time and developmentally appropriate separate experiences, I doubt these twins would be happily (or unhappily) exploiting their dysfunctional relationship for thousands to witness. Their twin behavior is not adorable or precious. It is twinship gone amok.

A healthy twinship is a blessing. It requires terrific sacrifice and emotional growth on the part of the parents and the twins themselves. Adult twins must learn how to cope with life as singletons after so many years of feeling special and connected to an intimate other. Independence is accomplished gradually and naturally when parents understand early on what their twins need to become individuated and self-confident.