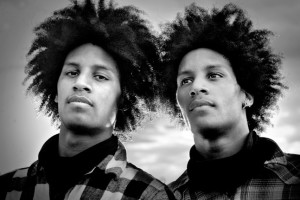 Learning how to be tolerant and open to disparate points of view is not easy or simplistic. Many people deliberately avoid discussions about politics, sex, or religion because such conversations evoke passionate and steadfast feelings and beliefs. But learning how to manage disagreements and divergent perspectives is vital for all of us in our intimate relationships because most of us—even identical twins—will not always be in agreement about significant decisions, actions, or opinions.

When adult twins do not have sufficient opportunities to form intimate attachments outside of the twin relationship, sometimes their capacities to tolerate dissent and differences are underdeveloped. In fact, some identical twin pairs will deliberately develop dissenting views just so they can feel different or separate; on the other extreme, other pairs will construct an intimacy that is contingent upon a rigid exactitude that allows for measured comparison jointly controlled and calculated to justify the twins’ merged identities. Thankfully these two unusual extremes leave plenty of room for healthy relationships that fall within the norm.

If the twinship is the primary attachment and there are limited outside connections, enmeshed twins will not develop the skills to embrace conflicting ideas. For example, if one twin has an idea that he wants his twin to mirror and validate and the second twin refuses, what are the first twin’s options? He has to manage his anger at not being validated. He feels guilty about being angry so disconnects emotionally from his twin, feeling sad and resentful that he cannot be authentic and honest with the person with whom he feels most connected. He views compromise as a loss; winning means getting the best of his twin.

Having little exposure to healthier options, some adult twins behave just as they did when they were children. Their inability to articulate ambivalent thoughts both to each other and themselves hinders their emotional growth and development. They exhibit an immaturity linked to a lifetime during which their negative feelings have been expressed verbally or physically. Effective communication skills require that you have a capacity for being self-reflective and are capable of listening to another point of view without acting rude, dismissive, or angry. Certainly, managing powerful feelings while maintaining respect and autonomy is a cultivated skill. Twins have limited exposure to such situations as they are primarily struggling to feel separate while maintaining a peaceful balance.

Couples therapy can be a terrific option if twins want to understand why they cannot get along. Witnessing each other’s emotional recounting of their childhood experiences and feelings can be life changing. The exposition of their individual experiences contradicts their assumptions that both of them feel the same way about their experiences. This shared reinterpretation diminishes their emotional distance and creates space for a newly defined connection.