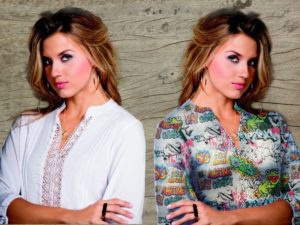 Often when one twin contacts me to request help with a specific twin issue, she has an underlying assumption that I will or should suggest seeing them together. Even if she has had prior experiences in therapy with her twin where little is accomplished, she resists the notion of discussing the issues independently. When I listen to her rationale in favor of conjoint therapy, I wonder about the one twin’s capacity or willingness to confront the conflicts on her own.

The other day I worked with a thirty-one-year-old identical twin whom I will call Sherry. She contacted me after experiencing tremendous anger and sadness about being emotionally mistreated by her sister. She told me that her identical twin sister, Sarah, is mean and critical and has no empathy or concern for her feelings. Both have tried a few conjoint sessions with a therapist; however, Sherry remarked that the time proved unproductive because of the sisters’ constant arguing in defense of their respective positions.

In our session together, Sherry highlighted a multitude of concerns. Sherry said that she was very competitive with her twin growing up and accomplished much more than Sarah, both academically and socially. She recalled how a high school teacher admonished her about her competitive nature. With a fierce, accusatory tone, the teacher asked, “Why can’t you ever let your sister win once in a while?” Sherry talked about how her sister has always played the victim card. Sarah constantly reprimands Sherry and the rest of the family about how she is being ill-treated or left out.

Sherry did not get in touch with her ambivalent feelings about Sarah until her early twenties. At that point, she realized that Sarah had usurped two boyfriends when they were younger—the first time when the girls were sixteen years old and again when they were eighteen. When it happened again at age twenty-two, Sherry confronted Sarah. Sarah laughed off her accusations and said that nothing of the kind had ever happened. However, Sherry remarked that Sarah had recently attempted to interfere with her current relationship.

By the end of the session, I had more clarity about why Sherry seemed adamant about having a conjoint session with Sarah, even though prior attempts had proved futile. Sherry realized that blaming Sarah for her transgressions was not an effective strategy for managing her feelings about their relationship. She recognized that she needs to get in touch with her own feelings, attempt to tease them apart from the twin connection, and get some clarity about the role she plays in perpetuating the conflicts. She has many strong emotions that confuse her—anger about being emotionally misunderstood, guilt about Sarah’s ongoing victimizing behaviors, and sadness that their relationship has become so contentious and unpleasant.

Sherry and I will continue to work together so she can feel more comfortable about having legitimate reasons to separate emotionally from her sister. Sherry’s challenge will be to learn how to manage certain emotions that get triggered when she and Sarah are together. Adult twins need time to understand one another as adults rather than unconsciously or habitually defaulting to their childhood roles and unhealthy attachment patterns.