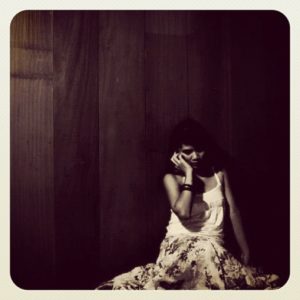 A woman in her early twenties (I’ll call her Cathy) wrote me a beautiful email asking for advice about how to deal with the “loss” of her twin. She explained that she had read my book The Same but Different and found it helpful in many ways; however, her circumstances were such that my book could not offer her the specific help she needed. She hoped I would be able to provide additional resources for her after I learned more about her particular circumstances.

Cathy and her identical twin sister (I’ll call her Connie) grew up in a rural town in the South. They did everything together and were essentially inseparable. Close to the end of their freshman year in college, Connie experienced her first full-blown manic episode. She was hospitalized, diagnosed with bipolar disorder, and prescribed medication.

Up to that point, Connie’s behavior seemed relatively normal. Nonetheless, Cathy recalled two incidents that occurred in high school and perhaps foreshadowed things to come. Once, Connie inexplicably hid a pair of tennis shoes that belonged to a girl on their tennis team. The team hunted for the shoes and ultimately found that Connie had thrown them in a trashcan. Cathy also remembered walking into the art classroom and discovering that Connie had ripped her final art project to shreds and put the pieces in a plastic bag.

Without consulting her twin sister, Cathy decided to attend a junior college near their hometown. At the last minute, Connie decided to join her. They lived together in a campus dorm. However, after the first bipolar episode, their relationship rapidly deteriorated. Connie did not comply with her medications, and her behavior was erratic and unpredictable. Connie accused Cathy of not being adequately concerned about her, and Cathy’s parents also expected Cathy to take care of her sister. No other family member wanted to bear the responsibility of Connie’s difficult circumstances.

Cathy described what transpired a year ago in detail. Connie burst into Cathy’s apartment one afternoon. She threw Cathy against the wall, pushed her down on the kitchen floor, and beat her mercilessly. Fortunately, a neighbor heard the commotion and called the police. Connie was hospitalized in a psychiatric facility for a short time and then released. Cathy has not seen her sister since this incident. She does not return Connie’s texts or telephone calls and wants nothing more to do with her.

Cathy misses Connie—the twin sister who was her best friend and trusted companion—terribly. Cathy remains traumatized by what happened and fearful about the future. We talked about the organization Twinless Twins, whose primary purpose is to help people who have lost their twin to an illness, an accident, or suicide. What makes Cathy’s predicament so sad is that her sister is alive but not well. I suggested that perhaps it would be helpful to view her situation as losing her twin to the epigenetic accident of bipolar disorder.

Cathy remarked that she had relied on Connie to initiate social interactions. She explained that Connie made the friends and Cathy kept them. Cathy was having difficulty navigating this challenge alone. We discussed some cognitive strategies to help her feel more comfortable on her own in social settings.

Cathy’s situation is simply so sad. Her twin is alive but mentally unstable. Cathy is still recovering psychologically from the brutal attack and worried that it might happen again. How tragic for such a young girl to lose her most important connection in such a vicious and unexpected manner. Her dilemma is complicated—she is emotionally and physically separating from her identical twin and recovering from the abuse and betrayal she experienced. Hopefully, maturation and fortuitous circumstances will enable Cathy and Connie to have some sort of relationship in the future.