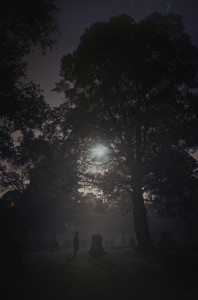 I recently connected with a woman whose twin had just died. I was reminded about the unique experience that twins share—that exquisite sense of being known—when she expressed her thoughts: “She just gets me; I don’t have to say anything; she just understands without my having to explain myself.” This young woman felt grief stricken about losing this piece of the attachment with her sister when she realized that there will never be another person to mirror her in this way. Her twin experience cannot be duplicated.

This woman and her sister had been living on different coasts for many years and had been estranged for a while because of personal differences. Nonetheless, the surviving twin told me that her future plans had always included having her twin sister be an integral part of her life. Now she is wrestling with concerns about her identity, as she had always defined herself as a twin. She felt annoyed that people did not understand that losing a twin is very different from losing a sibling.

Many adult twins have told me that they assumed that other intimate relationships would be just like their twinship. I still get frustrated with my husband of 33 years (and he with me) when he does not intuitively understand me. When I talk about a subject, I expect him to get it, fill in the blanks, and seamlessly follow what I am saying without needing clarification or details. I often do the same with my therapist of many years. In his book The Sibling Effect, Jeffrey Kluger mentions the theory of mind concept—the assumption of universal knowledge. He says that around the age of 3, children begin to differentiate between what is in their minds and in the minds of others. I believe that twins with close bonds understandably create and perpetuate this thinking pattern for a longer time than other people do.

Whenever my sister Jane and I get into one of our laughing fits, no one else gets the joke or understands how connected we feel during those moments. Our bond is a precious shared mindfulness that we hope never to lose.