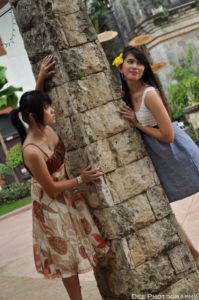 I spoke with an identical twin patient in her late twenties the other day about her defensive need to stay in a self-hating mindset. In light of our ongoing work together, this young woman recognizes that she is afraid of relinquishing this mindset because it protects her from getting in touch with other, more threatening and pernicious feelings.

In our last session, I asked her to imagine what might feel intolerable if she were to experience herself in a positive and loving way. She blurted out that she would be terrified by feelings of jealousy. I asked her to explain why such thoughts would be unbearable. She replied that when she was growing up, she always felt like a bad girl when she felt jealous of her twin. She buried these emotions by dutifully dedicating her efforts toward keeping circumstances fair and equal with her sister. She learned early on to adapt to this role and willingly took a backseat to her sister so that her sister could shine.

While she has an intellectual understanding that jealousy is an expectable and normal feeling to have toward people we admire and want to be like, my patient struggles with dangerous feelings of envy toward her sister. I attempted to explain the difference to her. Psychoanalyst Melanie Klein defined envy in her theoretical writings as “the angry feeling that another person possesses and enjoys something else desirable, often accompanied by an impulse to take it away or spoil it.” In other words, when our admiration turns into envy, we experience hateful feelings toward the person who has what we want.

In thinking about twin relationships, this conceptual view of envy makes sense because of the difficulty of integrating shame, competition, and hostility. My patient has worked hard to learn how to be comfortable with feeling angry toward her sister without falling apart. However, when she is upset that her sister has a boyfriend, has plans for a trip, or gets more attention from their parents, she experiences too many overwhelming emotions. She fears that her envy might ruin her relationship with her sister.

She simultaneously envies what her sister possesses, feels ashamed of these feelings, and blames herself for failing to tolerate the hostile, competitive feelings that are evoked. Twins may try to cope with these complicated feelings by not allowing themselves to be admired. Integrating these emotional states and finding a way to live with them without succumbing to desperation, self-loathing, or submission is not an easy task.

A positive therapeutic experience can help twins who grapple with this confusion to understand and work through the more complicated aspects of a twin relationship and make their connection more loving and comfortable.