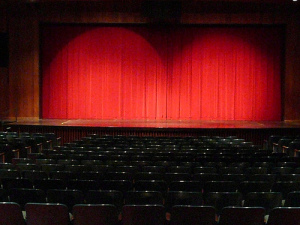 I had the pleasure of attending a wonderful production of The Comedy of Errors a few weeks ago at the Blackfriars Playhouse in Staunton, Virginia. Both Twelfth Night and The Comedy of Errors are Shakespearean comedies in which themes about twins shape the plot, the characters, and the antics of the plays. The Comedy of Errors, one of Shakespeare’s earliest plays, involves identical twin men who were separated at birth. When one twin unknowingly arrives in the town where his brother lives, the fun begins. Further complicating matters, again unbeknownst to one another, both twin men have manservants who are also identical twins. The identical twin men have the same name, as do the manservants.

So, we have a story of sibling separation, mistaken identity, and reunion. The errors of mistaken identity lead to twin brothers and parents reuniting, a father’s life being saved, and an unmarried brother finding a wife. I found it very interesting how the brothers profess strong feelings for one another and yet display some estrangement upon their reunion when one of them asserts that he is the older twin.

People are fascinated by the reunification of twins. Many writers cite the “Jims” study of identical twin men who were separated at birth and reunited at age thirty-nine. Both were named James, had careers in law enforcement, had first wives named Linda and second wives named Betty, gave their first sons the same name, named their dogs “Toy,” and liked the same brand of beer and cigarettes.

Nontwins and twins alike enjoy the doppelganger mystique. Do you?