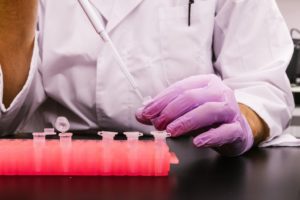 International Multiple Birth Awareness Week will be celebrated November 5–12 in 2018. ICOMBO (the International Council of Multiple Birth Organisations) highlights a theme each year to promote awareness of the unique needs of infant, child, and adult multiples. This year, ICOMBO’s message focuses on the enormous contribution that research with multiples makes to the understanding of genetic and epigenetic conditions. I am pleased to be a member of ICOMBO and to support their ongoing agenda.

When I first read about how epigenetic studies identify significant differences between identical twins, I was thrilled. I was hopeful that the nature versus nurture controversy would finally be put to rest. In my opinion, nature and nurture are inextricably linked from conception onward. Moreover, for personal reasons, I felt triumphant to finally have evidence that identical twins are not a matching pair, in spite of their duplicate DNA. As an identical twin, I longed for proof of my individuality. Unfortunately, many people believe that monozygotic twins are indistinguishable in every sense of the word and interpret identical literally when defining twin identity.

Renowned and dedicated scientists around the globe are committed to the study of epigenetics. They are enthusiastic about the contributions their research will make in unravelling the epigenetic basis of human diseases. By utilizing identical twin pairs from worldwide twin registries, they have made tremendous discoveries about how and why certain genes are turned on and off. This knowledge will eventually allow scientists to develop targeted treatments for diseases such as cancer, cardiovascular disease, obesity, and mental health disorders.

As a psychotherapist who specializes in twin issues, I am well versed in the subject of twin loss. The emotional impact of losing one’s twin is unlike singleton-sibling loss. In my work with those who have lost their twin, I appreciate the value of epigenetic understanding in helping the surviving twin manage shattering bereavement and guilt. For example, recognizing that the epigenetic changes contributing to a twin sister’s terminal cancer are neither predictable nor foreseeable can help mitigate the living twin’s grief and helplessness. Twin research benefits both multiples and the general population in unlocking, decoding, and treating medical mysteries.