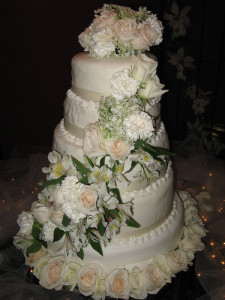 Suppose you are preparing to marry your soul mate, only to belatedly realize that this person is not truly yours alone? That may be because your mate’s soul is already intricately intertwined with others: a twin, triplets, perhaps a group of quadruplets.

This quote is the opening paragraph of a New York Times article that appeared in the titled Wed Once, but Seeing Triple: Marrying a Twin (and Her Sister) by Alyson Krueger. Krueger writes about the sadness and confusion she felt when her sister’s fiancé requested that she and her other sister play a secondary role in the wedding planning. Krueger belongs to a set of triplets: two identical and one fraternal. She felt as if an outside invader were threatening their tribal triad. In pursuit of further insight into the situation, she consulted with many twin experts about what can happen when one twin or triplet gets married. She highlights many of the issues I have written about in The Same but Different.

I believe that the personality of the significant other is the most important factor in a partner’s ability to adapt and adjust to marrying a multiple. One’s willingness to accept the intense twin/triplet connection seems to be the most vital predictor of long-term success. For example, one gentleman confided that he welcomed his wife’s intimacy with her sister because it let him “off the hook” to act as the sole supplier of her emotional needs. However, on the other extreme, a woman I worked with divorced her identical twin husband because she could no longer tolerate playing second fiddle, feeling left out and unimportant. Some partners involved with multiples defiantly resent and reject the intrusion of others on their emotional intimacy. Sadly, they assert control in an attempt to limit or curtail their partner’s intense attachment to his or her multiple.

Of course, working through these relationship conflicts is achievable if the parties involved are capable of making compromises and setting boundaries. While singletons must also learn how to manage relationships with their in-laws, the multiple dynamic adds a complicated layer. Twins and other multiples have to learn how to manage the disruption of loyalty and power with their siblings while redefining a role and creating space with their “new” intimate other.