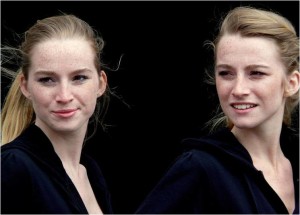 A mother of 15-year-old fraternal twin girls came to see me because she was concerned that the verbal and physical fighting between her daughters had escalated to a frightening degree. She told me that Elsa and Avery have always been close. She described Elsa as the easygoing twin who has habitually complied with and tolerated the overbearing behavior of her sister, Avery. But the girls’ attitudes and roles have shifted within the last few months. Avery has become increasingly hostile, screaming that she cannot stand to be seen with Elsa or even be associated with her. Their arguments have become vicious and mean. Elsa has responded to this shift in their relationship by taking matters into her own hands. She has been attempting to carve out a new identity that excludes her sister and epitomizes how she wants to be seen and noticed. She has left the peer group she shared with Avery and has started dating. Despite Avery’s outright rejection of Elsa, Avery resents that Elsa’s boyfriend interferes with the girls’ being together.

Understandably, the twins’ mother is at a loss trying to understand and manage these conflicting behaviors: How can Avery be so rejecting of Elsa and, at the same time, resentful that Elsa is not available to her? Well, as I tried to explain, “It’s a twin thing.” Adolescent twins fight each other in their efforts to forge their own sense of self, albeit the modus operandi appears misguided and adaptive.

Their mother told me that her daughters have never been separated from each other for longer than a sleepover. I suggested that possibly separating them for a week or two next summer might be a good idea.

Neither one knows how it feels to be on her own; both girls are terrified, ill equipped, and anxious. The girls are at a developmental stage whereby they are “fighting” to establish their individuality and self-definition, so arranging for some separate experiences would be advantageous for them.