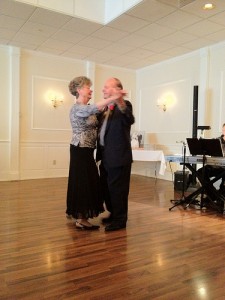 A mom of 16-year-old identical twin boys contacted me to talk about how to handle excessive bickering between her sons. She described how she has tried to manage the incessant teasing and fighting that goes on between the two of them. One will accuse the other of dressing like a geek, having a stupid sense of humor, or acting like a dork at school. The dominant twin is more likely than not to be leveling these insults at his reticent brother. This mother had some excellent suggestions to help them individuate, but neither of them followed through. For example, she suggested that they get different haircuts or that one of them get his ear pierced. Neither boy demonstrated any willingness to follow through because they unknowingly remain very connected via this repetitive competitive rant.

The mother explained that one moment her boys are screaming and yelling at one another and the next moment they are sitting next to one another on the couch playing their favorite video game. She compared them to an old married couple–each has his own room, but they prefer being together. Unlike their older sister, who loves to be adventurous, busy, and away from the house, the boys prefer to stay home together and share their similar hobbies and interests.

When I asked this mother if her sons had ever been separated aside from different classes at school, she calmly explained that they have never wanted to be without the other. They did, however, have plans to attend different colleges. But this desire to be separated during college without any prior experiences being on their own could be quite difficult, possibly even traumatic or impossible. I suggested making some plans for the upcoming summer that necessitate that the twins be separated and on their own.

Many parents of twins are not educated about the complexities of twin attachments. Some twin pairs will most likely suffer troubling anxiety and fear if they attend separate colleges without having had any prior experiences functioning on their own.

Do your twins ever act like an old married couple?