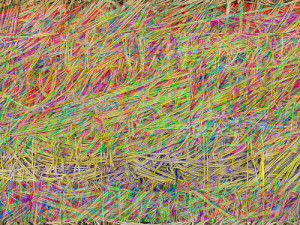 A colleague of mine shared this inspiring article about Judith Scott, an acclaimed sculptor who made abstract works of art out of fibers and found objects. Judith died ten years ago. She was born with Down syndrome, was deaf, and lived most of her life in an institution.

Judith was sent to an institution at age seven. In the article, her twin sister, Joyce, explained how devastated she felt, missing her playmate, having few opportunities to visit her, and being confused about her sister’s disabilities.

Fast-forward twenty years—Joyce made the decision to have Judith move near her home to a facility called Creative Growth, which is run by the California Regional Center.

Joyce described how Judith spontaneously began cultivating her artistic talents after having watched a visiting artist work with textiles. Judith went on to sculpt imaginative pieces that have been exhibited around the world.

Joyce has written a book about Judith, and it will be published in 2016. It is titled EnTWINed: Secrets from the Silent World of Judith Scott.