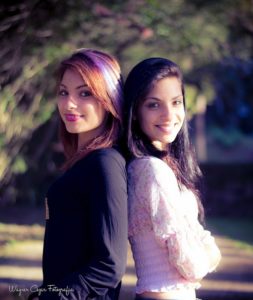 “I think my daughters are struggling with a desperate need to separate but are also struggling with gaps in their own individual skill sets because of their twinship. Where one has a weakness, the other may be strong.” This quote is from a mom of identical twins in their early twenties.

In my years of working with twins and their families, I have learned that this conundrum of feeling incomplete without one’s twin is a common and expectable emotional dilemma that surfaces after twins separate physically from one another. Consciously, they are excited about being on their own and have high hopes for their singleton experience. However, subconsciously, they find themselves lacking specific strengths needed to achieve the sense of competence that seemed effortless in high school with their twin. One of my favorite quotes about this phenomenon came from a young man who told me about his difficult adjustment his first year of college away from his twin brother: “I felt as if I had lost my super powers.”

The mother of twin daughters who contacted me was exceptionally insightful about her girls’ current struggles. Initially, she was puzzled about their difficulties since their high school experiences were remarkable. Both did well academically, socially, and athletically. They seemed happy, popular, and well adjusted. In retrospect, the mom speculated that the affirmation and validation the girls provided for one another suddenly disappeared when they enthusiastically agreed to attend separate colleges. Both women struggled academically and ultimately left their schools of choice because of lackluster performance. For various reasons, neither lived up to the required academic standards.

Naturally, their mother was initially confused; however, she eventually realized that perhaps their twin connection had contributed to their struggles and self-deficits. Neither daughter had the opportunity to develop a singular sense of self. Currently, both twins are in therapy, and their mother is optimistic that these problems will be addressed and eventually ameliorated.