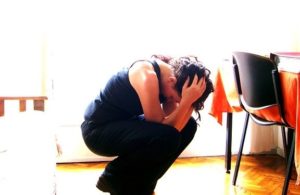 My London-based fellow “twin therapist” and I were discussing a case that she is treating at the moment. A family whose eighteen-year-old identical twin daughter withdrew from college at the beginning of her second term contacted my colleague for help. This exceptionally bright and accomplished young woman fell apart at college and was forced to take a medical leave of absence.

It is difficult to speculate about the variables that may have contributed to this unsettling and unexpected chain of events. Prior to her going to college, the client was a well-functioning and high-achieving student who demonstrated no apparent emotional struggles, according to her parents and her identical twin. No one had the slightest inkling that she would have difficulty adjusting to her new life.

I cannot help but wonder whether her twin attachment may have masked—as well as contained—dissociated fears and concerns. Her parents and her twin are shocked, distraught, and puzzled by what may have contributed to her inability to manage on her own. Her twin sister has been described as more flexible, easygoing, and sociable. Never having been without the canopy or safety net of her sister’s proximity, perhaps she did not have the ability to know or recognize how much she relied upon the twin attachment to contain her anxiety and prop up her diminished sense of self.

While these dynamics seemed to come out of the blue, it is probable that this young girl’s fragility and vulnerability were not obvious in view of the family’s academic and social expectations, this young woman’s motivation for approval and acceptance, and the unsuspected entanglement of the twin connection. In addition, it is probable that the young woman’s ambitious drive for success was fueled by her “friendly” rivalry with her sister. I imagine she did not feel fully equipped to handle her issues without the emotional security and comfort provided by her sister.

I am quite certain she will benefit tremendously with psychotherapy to determine how and why she lost her emotional footing. It is often a crisis situation that enables us to get in touch with what we know and what we don’t know. While certainly nontwins can have similar adjustment obstacles going to college, it is important to stress that twins separating from their significant other can be particularly vulnerable and at risk. Most people are not aware of the ways in which a twin attachment can unwittingly undermine a tenuous sense of self incapable of resilient rebounding. The emotional and physical presence of one’s twin can create a dependency and interconnectedness that hinders the capacity to feel as if one can confront and manage new experiences alone.