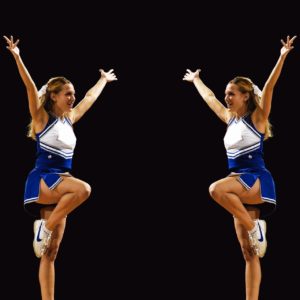 Among the many articles about the Olympic athletes who competed in Rio, considerable media attention was paid to a pair of female twin marathon runners from Germany. Photographers snapped a photo of them holding hands as they crossed the finish line. The German media outlets sparked criticism about the women’s gesture, suggesting that their hand-holding shenanigan was nothing more than an attention-getting ploy that denigrated the spirit of genuine Olympian athleticism.

Contrary to their German counterparts, many journalists and tweeters expressed contempt for these sentiments. They believed that the runners had every right to share their feelings in this way. They did not agree that the gesture was a manipulative move designed to garner media attention and hype. In fact, they stated that the German press’s outcry actually contributed to making the women into high-profile figures.

Reading these different viewpoints made me think about a pair of handsome shirtless identical twin men in their thirties who jog in unison around the area where I live. Passersby are always staring at them and people ask one another if they have seen the twins running down this particular median strip of a busy street. The handsome joggers are archetypical examples of twins looking for attention and fame, not unlike many people in southern California.

In contrast, I believe that the female marathon runners were experiencing a special moment with one another—and they happen to be twins. Many twin athletes who train together and compete as a team or as individuals unabashedly root for each other. Many of the twin athletes I have spoken with tell me that if they lose, they do not feel bad if their twin wins because they share the sense of victory.

While I often feel annoyed about the stereotypical gimmicks and tricks attributed to twins, in this case the hand holding during a celebratory moment appeared to be a spontaneous and loving testimonial to the sisters’ mutual accomplishment following many grueling months of training. If people did not commonly associate twins with gimmicky behavior, the story may not have made headlines at all.

The image in this post is in the public domain courtesy of Eric Perlin.