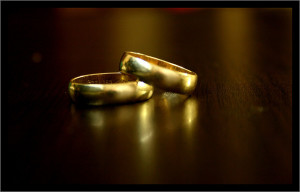 I was intrigued by an interview on www.huffingtonpost.com, conducted on April 4, 2014, entitled “How Identical Twins in College Handle Dating.” Identical twin girls in their sophomore year at the University of Texas in Austin talked about how much they enjoy dressing the same, completing each other’s sentences, and studying the same major so that they can go into business together after graduation.

A statement made by one of the young women particularly struck me. When asked why they continue to dress identically, the more verbal twin replied that for a short while in high school they did decide to dress differently. However, neither of the girls was happy with the decision. The verbal twin explained that there was no reason for either sister to sacrifice her preferred style. The girls were unhappy about not being able to wear the exact outfit when they felt like it. Why would they sacrifice their sense of style to become a bit more individuated?

The interviewer was obviously intrigued by the twins’ synergistic timing. When he innocently asked the twins how they would handle one being married while the other was not, they both looked at him as if he were from Mars. The interviewer did not get it. Without skipping a beat, one of the girls seamlessly replied that that situation would never happen. She made it quite clear that the sisters would be planning a double wedding, naturally!

Perhaps, in the near future, we will hear more about these girls. Maybe they will marry twins and live next door to one another–a twin dream come true!